Your browser is no longer supported

Microsoft has ended support for the browser (or browser mode) you are using. SHI is ending support for all browsers older than IE9 effective Monday August 12, 2019.
More information can be found on our website and from Microsoft.

Your browser is no longer supported

Microsoft has ended support for the browser (or browser mode) you are using. SHI is ending support for all browsers older than IE9 effective Monday August 12, 2019.

More information can be found on our website and from Microsoft. 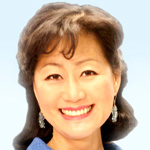 Thai Lee has been the CEO and President of SHI International Corp. since 1989. Under her leadership, SHI transformed from a $1 million reseller into a $10 billion global provider of information technology products and solutions with 35 offices around the world.

SHI's growth has been achieved completely organically. Dynamic, scalable, innovative solutions delivered with world-class customer support have made SHI the complete IT solution provider it is today.

According to Businessweek, SHI is one of the top ten privately held companies in the Information Technology field in the United States.

The Founder and Chairman of the Board

The Founder and Chairman of the Board

Koguan Leo started and founded SHI International Corp. in 1989. He is the Founder and Chairman of the Board. He graduated from New York Law School in 1985 with a Juris Doctor (JD) and Columbia University in 1982 with a Master of International Affairs (MIA). In his honor, KoGuan Law School of Shanghai Jiao Tong University is named after him. He is also a Global Trustee Emeriti of Asia Society.

Before joining SHI, Hal gained extensive experience on both sides of the partner channel, including his role as Sr. Director of Channel Sales for Business Objects, where he managed North American partnerships. Nine years prior, Hal held various sales leadership positions with Softchoice Corporation where he eventually ascended to Vice President of Marketing. Hal obtained his B.A. in Political Science from the University of California, Davis.

As Senior VP, International and Global Programs, Celeste Lee's primary responsibility is to expand SHI's international sales and support capabilities around the globe. From SHI's Northern California office, Celeste oversees a highly skilled global team of Enterprise Account and Inside Sales Representatives who deliver SHI's software, hardware and IT professional services solutions to end users of the largest corporations around the world.

Prior to joining SHI in 1992, Celeste was a Public Relations manager with the Korea Explosives Group, a Managing Director for Korea Business World, a manager of Mergers and Acquisitions at SCI and an Assistant Vice President at Bank of America. She received her Bachelor's degree from Ewha Women's University in Seoul, Korea and a Master's from Harvard University.

As Senior Vice President, Global Accounts, Melissa Graham holds a leadership position in developing, fostering and strengthening SHI's partnerships with the most recognizable names in the industry. Melissa oversees a highly skilled team of Enterprise Account Executives and Inside Sales Representatives who deliver software, hardware and IT professional services solutions and the highest level of comprehensive support to the largest corporations in the United States and around the world.

Melissa has led (and in some cases, invented) various jobs needed to cover every aspect of SHI sales and customer support solutions. She started in Insides Sales, and eventually opened SHI's first West Coast office south of San Francisco. As SHI's Strategic Accounts Manager, Melissa worked with SHI's sales and IT departments to develop the original and innovative solutions still used to support the most complex IT organizations in the country.

With over 20 years of experience in the IT industry, David Olzak has helped companies excel in sales methodology, process improvement, consulting services, and building technical sales teams in cloud, cybersecurity, collaboration, IoT, and managed services.

At Stratascale, an SHI company, he is responsible for developing go-to-market and operational strategies for the company and its clients.

David comes to Stratascale from Trace3, where he served as Senior Vice President after a combined seven years leading national sales teams at Presidio and Bluewater Technologies.

Denise is proud to have developed her team at SHI, balancing work elements with compassion and care. She has created a culture of collaboration and transparency, trust and accountability, continual learning, and growth.

Eric joined SHI in 2010 after working for Softchoice for eight years, in a variety of sales and sales leadership roles where he received several accolades. Eric graduated from The University of Georgia with a Bachelor of Science in Marketing.

As Senior Vice President – Strategic Partners, Stephen Boyle is responsible for the development of global initiatives with SHI's most strategic partners. He focuses on delivering transformational growth, enhanced customer capabilities and mutual value.

As Vice President for Inside Sales, John D'Aquila oversees a team of more than 350 inside sales employees responsible for day-to-day sales and customer support activities with a focus on ever-increasing growth, efficiency and collaboration.

John joined SHI in 2001 as an accounts receivable representative. He later supported SHI's e-commerce platforms in various roles for 13 years before taking over the Enterprise inside sales department.

Ryan joined SHI in 2009 from Softchoice, where he received numerous awards for his contributions to the business over his four-year tenure. Prior to Softchoice, Ryan spent nearly 10 years in IT leadership for a dynamic financial services company in Austin, TX.

Ryan received his Bachelor of Science in Electronic Engineering Technology. He is involved in foster care and enjoys volunteering in his local community.

Bill joined SHI in 1993 and has held various roles in procurement and sales before focusing on partner and product management.

As Vice President of Operations, Steve Alt oversees the operation and maintenance of SHI's buildings and infrastructure. His responsibilities include real estate, facilities maintenance and operation of the SHI Integration Center, including warehousing, configuration and returns.

Steve joined SHI in 1994 as an inside sales representative and quickly became a manager. In response to the growing size and scope of SHI's sales organizations, Steve founded the SHI facilities department which today manages 33 SHI locations worldwide, including our HQ locations, corporate Austin call center and the Integration Center.

James joined SHI in August 2021 as Senior Vice President of Strategy, responsible for supporting Domestic and International growth through financial management oversight and the evaluation of strategic expansion opportunities. James has more than 25 years’ experience within the IT Industry and has held CFO and Senior Leadership positions with CDW, CISCO and DELL. Across his career, he has delivered Scale and Profitable growth through Sales Enablement, Strategic Partnerships and Operational Excellence. James is Chartered Accountant and has a Bachelor Degree in Accounting and Finance.

Sam joined SHI in 1994 as an application developer. Prior to joining SHI, Sam developed custom applications for security firms and multi-national peacekeeping organizations.

Sam graduated from City University of New York with a master's degree in computer science and a Bachelor of Engineering in electrical engineering.

Matt joined SHI in 2020 with 24 years of B2B technology marketing leadership experience. Promoted to Vice President responsible for the Marketing Communications group at SHI in 2022, Matt leads a team of marketing professionals, working closely with SHI business leaders to define and execute marketing strategies that supports SHI’s growth in North America and around the world.

As the General Manager for SHI France, Gabriel Cohen has overall responsibility for SHI's operations there. In this role, Gabriel implements SHI International's global strategy and initiatives in France to help grow SHI France sales in the enterprise, mid-market and public sector markets.

Prior to launching the French subsidiary in 2010, Gabriel spent 22 years working in the IT solutions industry. He is a graduate of the French engineering school INSA de Lyon and holds an MBA from the French business school ISG Paris.

He first joined SHI in 1993 as part of the inside sales team. Soon after, he became the first full-time licensing administrator in SHI's newly created licensing department and in February 2000, he established SHI's Hong Kong office, which he has been managing ever since.

Frank graduated from Rutgers University with a Bachelor of Arts in economics.

Experienced in merger and acquisition negotiations, adoption, integration and re-organization, Donavan has worked for NASDAQ-listed organizations across multiple geographies. His past work in international trade has helped organizations expand their global footprint into emerging markets globally.